In my continuing series of ‘What If’ album style playlists, I’ve taken on 2 impossible scenarios-

1. The Dirty Mac; Live 1969: this supergroup, fronted by John Lennon (and Yoko Ono) with Eric Clapton on lead guitar, Keith Richards on bass (!), and Mitch Mitchell on drums actually formed and performed as a one-off entity for the Rolling Stones ‘Rock and Roll Circus’ event late in 1968. This Playlist imagines a full live concert album follow up early the next year, featuring songs from each of the principals and is culled from live concerts from the time period (where possible) or at least using live performances of songs written (or covered) by the principals during or before 1968/69. To complete the lineup, I have included two appropriate Jimi Hendrix Experience live songs just to sprinkle in a bit more Mitch Mitchell flair – a Beatles cover and a Cream cover (nods to Lennon and Clapton) but otherwise the lead singers and songwriters all ‘could have’ performed these songs at a full length concert including all four players. What happens here is almost believable; sloppy, bluesy, fun, perhaps a bit loose (except for Clapton, obviously…) with just a little Yoko weirdness to spice things up… Click here and play and tell me what you think! 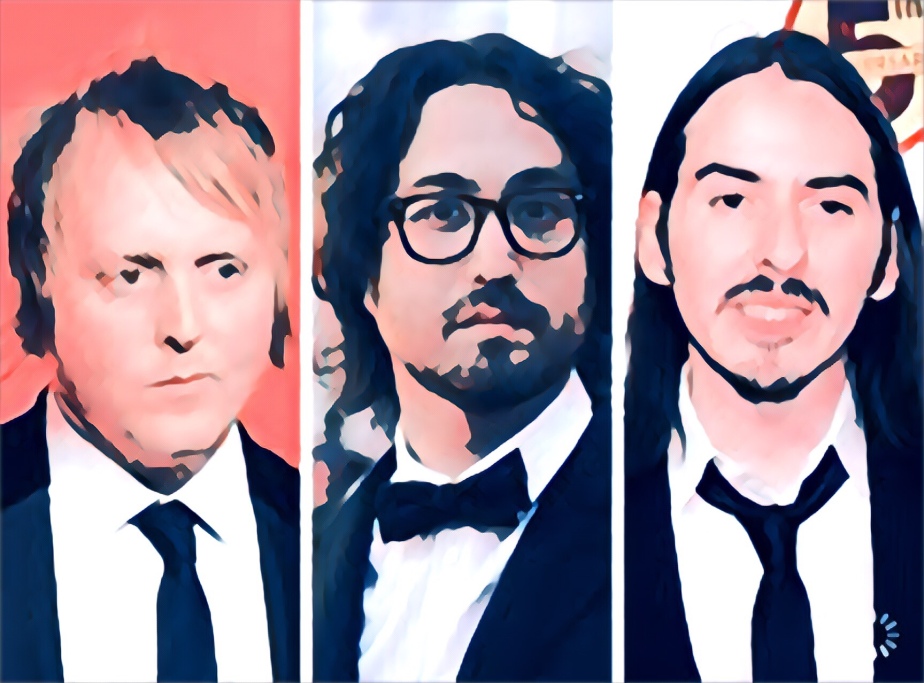 2. Here Come the Sons – Too Hard: this project was WAY more fun than I expected! My premise for this one was ‘what if the Beatle Sons got together and recorded an album as Beatles 2.0?’ I’ll admit that I’ve never dived deeply into the catalogue of these gents before this project (mostly I gave cursory listens like an obligated uncle) but this project has certainly changed that- in fact, I hope it does for you as well… a few notes: 1. Jason and Zak Starkey do not appear: basically I could not find a piece that fit. I almost included a tune by Zak’s side project Sshh, but it ultimately didn’t work (and Zak has also publicly poo-pooed this concept anyway, so, whatever.) 2. No Julian. Early versions included him, lots of him actually, but the sonic directions taken by Sean Ono Lennon, James McCartney and Dhani Harrison all started to dovetail together so well as I was collecting and selecting that eventually it became clear that Julian was the odd man out… if this was a ‘best of’ collection, he would clearly feature prominently, but that just ain’t what this is. Here’s my read, Julian doesn’t need these kids, you can listen to his albums on their own 😉. 3. There is only one true ‘Beatle Son’ collaboration here: Dhani and James worked together on the ‘title track’ Too Hard from James’ Blackberry Train album- that means that even though it sounds surprisingly coherent as an album, it is in fact a collection of solo works- I LOVE this- the fact that I have to check who is singing sometimes reminds me of some of my favourite Beatle qualities- that ‘where does one end and the other begin’ sort of thing. I hope this comes through for you as well. And 4. THIS IS NOT A BEATLE ALBUM, but it definitely plays as an album- a good one. If I had focused on Beatlesque performances, it would have been ‘Too Hard’ and a bunch of Julian tunes– this feels more like an Elliott Smith/Wilco/Mercury Rev joint- hip-hop, psych, electronic, indie, Fridmannesque soundscapes all flow freely, it is not Beatley, but it is lush, thoughtful, melodic, catchy and well produced like a Beatles album might of been, had they been, well, of a certain age, at a certain time… I really hope you’ll put on some decent headphones and listen to this one straight through, you won’t regret it… Click here.

Yeah, I’ve got opinions and stuff…